Built for Boston lawyer Andrew Ritchie, the three-story structure was designed by Seth Bradford and constructed in 1852-53. It was one of the early summer cottages in Newport. Many additions and renovations followed, one of which involved commissioning renowned architect Richard Morris Hunt by then-owner Levi P. Morton to construct a mirrored ballroom. The ballroom was created with the intent of hosting President Ulysses S. Grant. Tiffany-stained glass windows were incorporated into the design of the Great Hall in 1881.

The home was later sold to I. Townsend Burden in 1890 and remained in his family estate until the 1920s.  For several decades the estate was used as a school. The home returned to private residential use in the 1960s.  At one point, the property was considerably damaged in a fire caused by fumes being ignited by a plumber's candle.

Salve Regina University acquired the property in 1997 for the Pell Center and it was eventually named for university benefactors Anita O'Keeffe and Robert R. Young. In 1999, the University received a historic preservation award from the Newport Historical Society for the Young Building's restoration.

Links to archival photographs of the following properties: 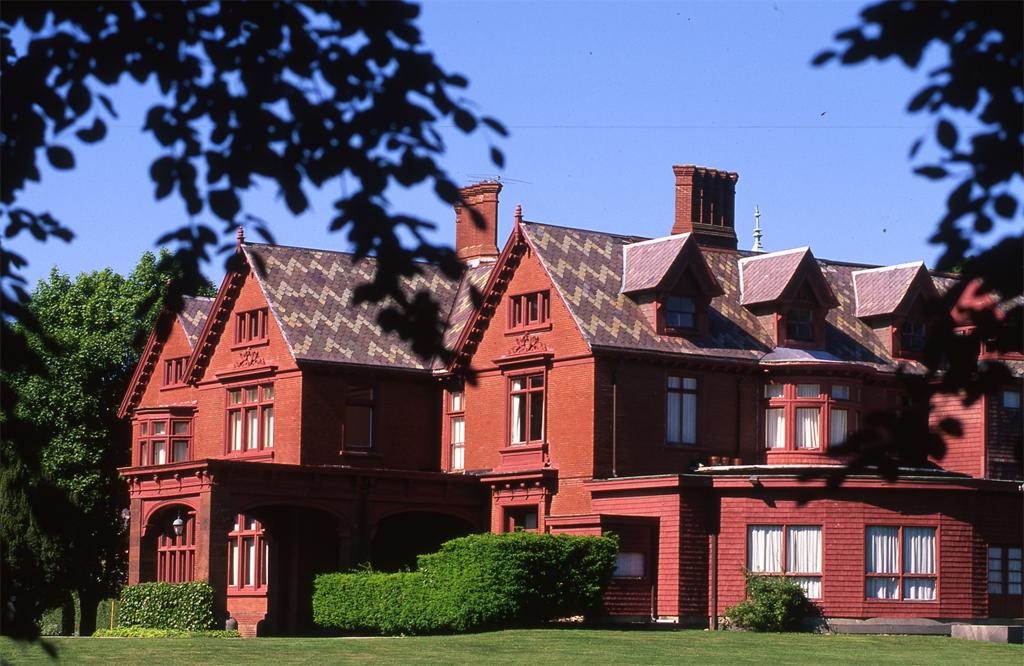 The Young Building, a Queen-Anne style mansion, houses the Pell Center for International Relations and serves as a residence for students in the Pell Honors Program. (Photo by Kindra Clineff)

Originally designed by Seth Bradford and built between 1852 and 1853 as the residence on Fairlawn estate, this three-story brick and wood-frame structure was subsequently expanded over the next thirty years by architects Richard Morris Hunt, McKim, Mead and White, and Peabody & Stearns. Featured are a decorative roofing pattern, porticos, a veranda, and wrought-iron gate.

Fairlawn Apartments, formerly the carriage house for the Fairlawn estate, was acquired by the university in 1997. It provides housing for junior and senior students. 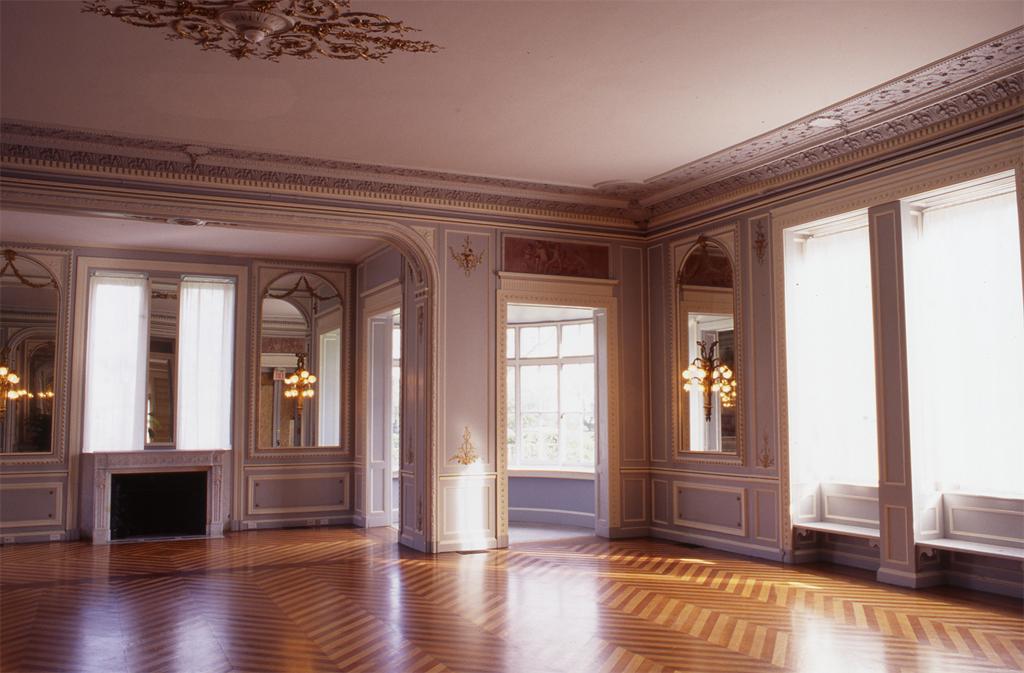