The William Watts Sherman House, designed by H.H. Richardson in 1874, is considered to be a 19th-century American architectural landmark, and is listed on the National Register of Historic Places.  The Watts Sherman House was one of the first true Shavian Queen Anne buildings in America, those elements evident in its steep central gable, a top-heavy appearance, wide-carved eaves, overhangs and massive chimneys. Stanford White, then a young architect, played a role in designing interior and exterior surfaces.

The President's house served as the carriage house and stables for the William Watt Sherman's estate. Designed by architect Henry Hobson Richardson, this Queen Anne-style structure combines English, German and American Colonial influences, and features a rose garden that was moved to the property from the Fairholme estate.

Archival photos for the following properties:

The William Watts Sherman house is on the National Register of Historic Places. 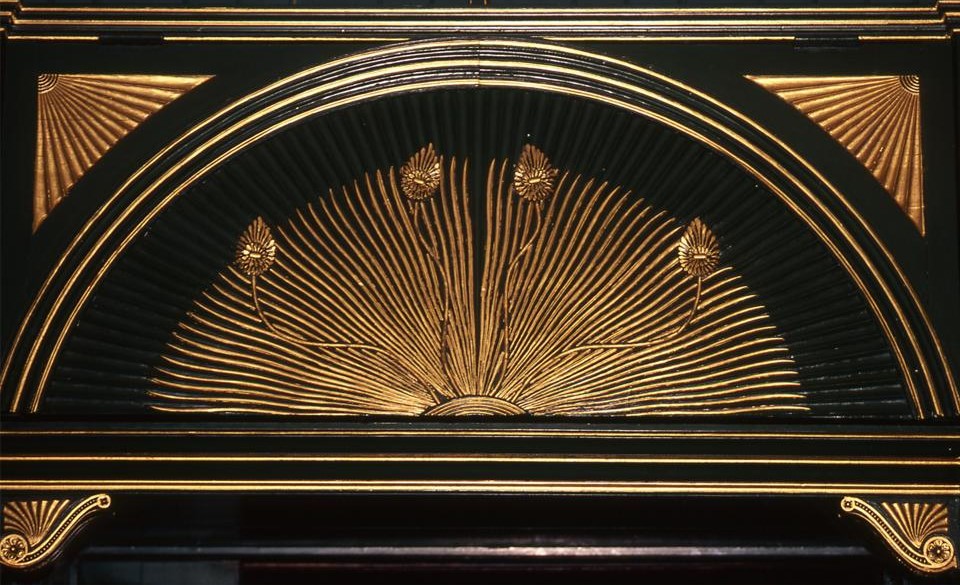 Decorative black-and-gold fanlight above a doorway in the William Watts Sherman house. (Photo by Kindra Clineff)