Skip to main content
It looks like you're using Internet Explorer 11 or older. This website works best with modern browsers such as the latest versions of Chrome, Firefox, Safari, and Edge. If you continue with this browser, you may see unexpected results.

Research guide to assist in understanding how to evaluate news sources

Amendment I. Congress shall make no law respecting an establishment of religion, or prohibiting the free exercise thereof; or abridging the freedom of speech, or of the press; or the right of the people peaceably to assemble, and to petition the government for a redress of grievances.

An independent press is necessary on many levels. From the perspective of the survival of democracy in the United States, the need for an independent press was considered so important at the founding of our country that the framers of the constitution wrote it into the First Amendment. In fact, news sources are so important that in the United States, the media is considered an important "check" on the power of the three branches of government. Because of this, the media is often referred to as the "fourth estate."

On a personal, individual level, citizens need unbiased, credible news to make decisions about their lives. Credible news sources can provide information about which restaurant you should take your partner's parents to, which neighborhoods are the best place to move to in a new city,  what new education policies mean for your school district, or which politician will make policies that improve your life and align with your values.

Biased or non-credible news sources, in contrast, may lead us astray in making important decisions.

Legal resources on the First Amendment

Explores all aspects of the First Amendment freedoms and associated legal challenges.

This guide is intended to give you guidance and strategies for finding credible news sources, including consideration a news source's purpose, intended audience, and authorship.

This guide pulls together several sources to help you navigate a changing information landscape, including the New York Times'  education piece, "Fake News vs. Real News: Determining the Reliability of Sources"

Report: State of the news media 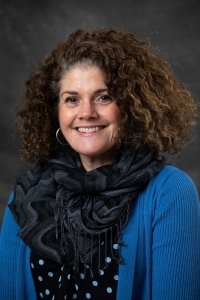